The Pastels – too twee to be true.

David E. Barker of Glass Records, when I asked him for a thought on The Pastels told me “Stephen Pastel once said ’there are too many bands and they’re using up all the electricity’. Stephen is my friend and I am proud to have been associated with such a great group as The Pastels.”

I love Dave and I love his lovely quote about The Pastels but not half as much as I love Stephen Pastel’s hair. As the Finnish saying goes: ”tukka hyvin, kaikki hyvin”.

“Remember what was meant to be this year
The past is a disaster
And the future’s coming faster now
What do you say we go and get a beer?”

The Pastels always operate on the margins of the soul, barely keeping “it” together. But hey, do you get “it”? What do you need to know? Writing this certainly made me rethink my relationship to the band. I saw the band once in the mid 1980’s (on a bill that included The Jazz Butcher). I was crushed with disappointment by the show. The Pastels were a shambling mess, I couldn’t recognize songs and everything was so out of tune.

But the biggest disappointment of all was that Stephen Pastel hid under a hooded anorak all show. I was obsessed with his hair at the time and didn’t get to see Stephen’s lovely locks. Stephen Pastel has the greatest hair – perfect indie-rock hair in fact. I always dreamed of having hair like Stephen Pastel but my hair was too thick to just sit on my head. Some things in life you just have to let go.

But the gig stayed with me and I realized much. Out of tune is OK. Loose is even better. Being competent on your instrument is for music students and not for art terrorists or budding rock stars. These are life lessons that have stayed with me. Hair is all-important in pop too.

There is spontaneity. The Pastels define this and not just with their sound. Brendan O’Hare (who knows a bit about Scottish bands having played with Teenage Fanclub, Telstar Ponies, Mogwai & Lightships) told me “My fave pastels moment was during a house gig they were having in about 1993. At one point during a song, Stephen stood up and started playing one of those plastic tube things that you wave above yr head.”

Billy Reeves (former PR at Fire Records and THE man @ the BBC) tried to convince me why The Pastels and especially Stephen Pastel remain relevant and influential despite not releasing much music in recent years: “Orange Juice & Cherry Red to Belle & Sebastian, and how the whole (still thriving) bowlie/twee scene owes him a favor. And yet due to the auteur/amateurism of The Pastels he’s also a big hero to the yank DIY scene, (K records etc) that begat Sub Pop & Nirvana… and, of course, he’s dragged the notion of the record store into the 21st century by making his store part record shop, part coffee shop, part micro-brewery – the superb Monorail Music shop in Glasgow”.

We could also talk of Jad Fair and Daniel Johnston and what they owe The Pastels. We could mention the excellent Pastels curated label Geographic or the great labels they’ve worked with (Rough Trade, Creation, Glass Records, Homestead, Paperhouse, Domino). We could mention a Glasgow cottage industry of great music that has flowed through The Pastels. But this would assert that the band has been influential or important and that’s far too fucking MOJO Magazine.

The words pop and classic are defied by The Pastels (not defined). So are rock n’ roll and career. The Pastels have invented their own genre if you like… it’s complicated but there is just… The Pastels music. Ultimately my mythologizing of The Pastels is contrary to my own idea of the band. This sort of thing just ain’t right.

Our imaginations often distort our nostalgia for what we have in the past regarded as a great song or album. Listening back to Nothing to Be Done dispels this theory for me. It’s perfect pop in my eyes as defined by Stephen Pastel’s perfect hair. Another way of putting it is: Nothing to Be Done is Pastels music and that is always more than enough.

“Take my hand and take my heart
I shiver when you’re near
Deliver me from everything that drives me, oh my dear”

Many thanks to David E Barker, Brendan O’Hare & Billy Reeves for talking Pastels. 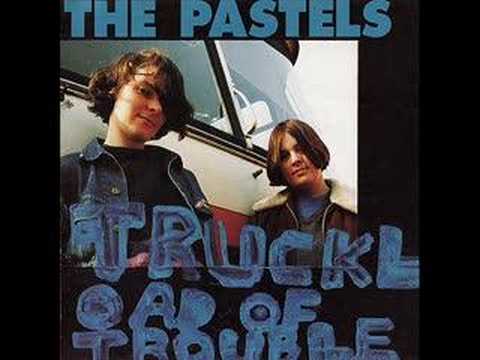